Small spaces have never been bigger, at least in terms of popularity. Part of this is simply because many home buyers can’t afford the increasingly expensive square footage, while others embrace small spaces to curb their energy consumption (and electricity bill).

Still, no one likes feeling cramped; they want their tiny rooms to at least feel huge. To help on that front, we got design experts to reveal their secrets for making a space appear(as if by magic!) bigger than it actually is.

The more floor visible, the better, says designer Laura Clayton Baker. That can be done when chairs, tables, and other furnishings have spindly legs. Avoid having lots of furniture that extends all the way to the ground, such as a solid cabinet or a full-length slipcover on a sofa or love seat.

“Creating the illusion of more space is all about openness and movement,” Clayton Baker says. “Furniture that allows light and air to flow not just over it, but also under and around it, appears to float in space.”

We’re not saying that all your furniture should be on stilts, though. You should actually select pieces that are lower to the ground, so there’s more space above them and you don’t get the feeling that anything is looming over you or crowding in. Mid-Century Modern, or “Mad Men” style, is perfect for this. Asian and Scandinavian designs also pull this off well, especially in the bedroom, where a low platform bed can make a spacious difference.

When choosing furniture, go for curves—say, a circular table or a sofa with a rounded back. Unlike sharp edges and straight lines, “curves create better movement around these items,” Clayton Baker says. And this flow creates a sense of space—and no more bumping into sharp corners, either.

Curves create a sense of space.

Dark colors can make furniture appear heavy and walls feel like they’re closing in. So whenever possible, stick with light hues—and that also goes for your ceiling and floor.

“They are the fifth and sixth walls of every room,” says Clayton Baker. “Light-colored flooring such as light oak or creamy carpet will make the room appear brighter and more open. The same applies to the ceiling—use a light color or white to ‘open up’ the space above.”

Pick a color and stick with it

Contrasting colors and prints can halt the eye and suck up attention—and space. A monochromatic color scheme creates more flow, so try selecting different shades and textures of one (lighter) color for your furniture, rugs, and walls.

Likewise, try to avoid  striking colors for your trim and molding, since these bring attention to the boundaries of the walls, while a uniform color helps walls seem as if they expand and disappear.

“Mirrors are your friends!” says actress and model Brooklyn Decker, who recently added interior designing to her skill set when she redid the home she shares with her husband, tennis pro Andy Roddick.

“Positioning a large mirror across from a window not only adds a nice element of decor to a room, but it instantly doubles the light coming through,” she says. “Plus, let’s be honest—mirrors are typically less expensive than wall art.”

Get it out in the open

Open shelving, rather than closed cabinets, is a nice way to open up not only a kitchen, but just about any room in the house, according to Decker.

“It also makes your small space more functional,” she says. In addition, open shelving helps keep you from acquiring more clutter. If you know your stuff is going to be on display and not just stashed in a cupboard, you’re more likely to curate it.

Most curtains and drapes halt the eye, take up space, and keep the expanse of the great outdoors from coming in. They also diminish light, which is essential to making a small room look larger.

If privacy is important, consider light-weight horizontal blinds, the same shade as the wall. They allow light in and are unobtrusive when raised. If the view outside is less than appealing, try gauzy white drapes that admit light, but screen out unsavory sights.

Since less furniture and clutter will create a sense of spaciousness, make sure that the few pieces of furniture you do have can serve multiple purposes.

A simple ottoman with a flat top can serve as a coffee table and/or spare seating, and be opened up to reveal storage space inside. Console and coffee tables come with handy drawers and sweet stools that snuggle up underneath to be pulled out when guests arrive. Then there’s the attractive steamer trunk that can serve as both a coffee or end table, and, well, a steamer trunk for storage. 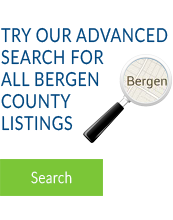